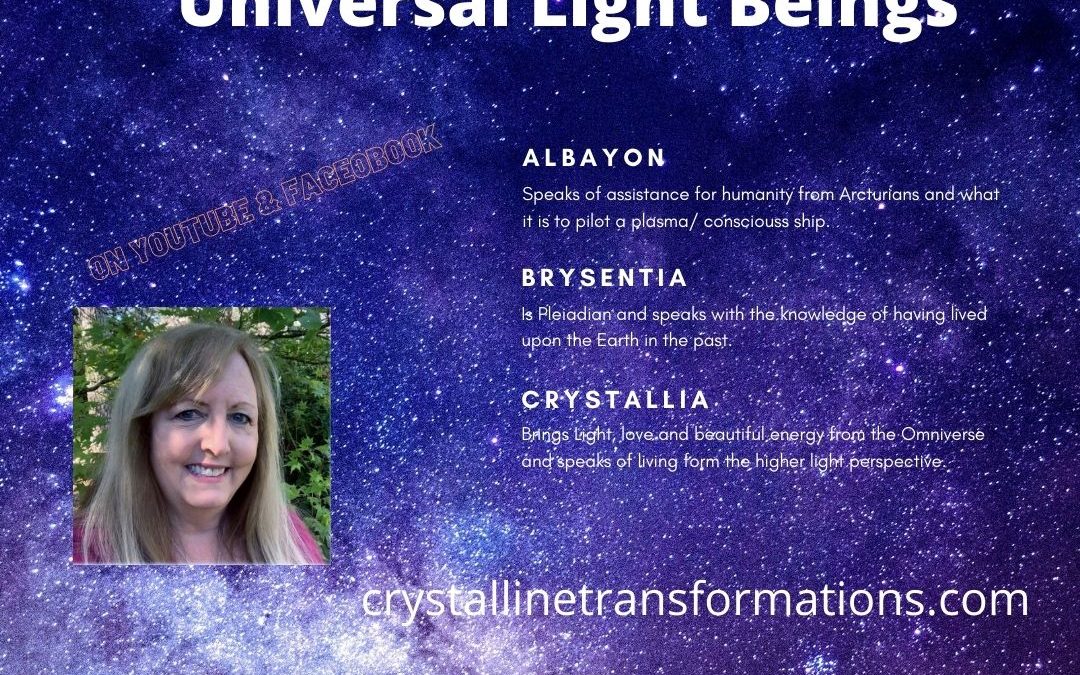 For this channel it began with Albayon, then Brysentia spoke and Crystallia finished things off.  This is a consistent order for them to speak and it seems to really flow.

Albayon spoke about med beads and healing.  One of the things that will be different about the med beds, which he also called a plasma healers, is that a person needs to heal on all levels including consciousness.  In other words, you cant lay there and have a healing without also doing the internal work that is necessary. Therefore, as we are all working on ourselves, we all have the ability to heal at any moment. He then spoke about the pandemic and covid 19.  He talks about biowarfare and how it impacts humanity. In particular, this was used as a means of attaching to the common cold or flue because it was already present in the world and most humans have experienced it. He spoke of the cold or flu as a carrier.

In response to an experience from a private session, I wished to know if people can anticipate that non-terrestrials will reach out to them to work with throughout this process.  The answer is yes!  He then spoke about simple ways to know if the energy is from a high or a low frequency.  Number one, the high frequency will ask permission and back off if you ask them to. Next, he spoke about Australia and their recent elections and in particular a leader named Bossi. There was good energy around him and I could see that he is working with many high, light people. He spoke of how all the governments are in the process of transitioning and that there is support for all.

He also addressed a recent school shooting in the US.  About this, he said he felt the person responsible was MK Ultra and had been manipulated.  Before the session, Albayon, then later Brysentia all expressed compassion and concern to the families affected.  I hope this is the last of this type of instance. This is not compatible with the higher dimensions!

Brysentia then spoke next at about the 41 minutes of the actually channeling. Oh, this was super cool!  He spoke of the inner Earth, the subterranean Earth, and the surface. In doing so, he spoke of the Arcs that had been placed here many, many thousands of years ago.  The inner Earth is higher dimensions and frequencies.  The subterranean is what was utilized by the reptilians, military, and dark forces.  There was absolutely a distinction between these.

She next spoke about solar flares and their impact on the earth.  There are many different ways that a solar flare can affect the Earth.  There have also been a number of times when a flare was filtered so as not to have too strong of an impact.  She said coming up there is a potential, however, it also felt as if it could be the rods of God or directed energy rods. Much of this is the taking out of the dark energies and continuing to resolve this change.

She spoke about the release of the mandates and that travel would become easier.  She also stated that the vaccine, just as with any illness, can be cleared from the body.  She also recommended that people research and find other methods if they so choose.

She spoke about abundance and how people need to find abundance in all that is around them, in their thoughts, and be in alignment with the energy.  People continue to wait for Nesara/ Gesara which is going to happen in one form or another.  But it is essential to be in that frequency in order to receive.  Find the joy, the flow, the abundance of all that is around you.

Crsytallia came in as the closer as always!!! She brings such light. She reminds us that we are more than we think we are. She always creates a beautiful loving energy where we can bask.