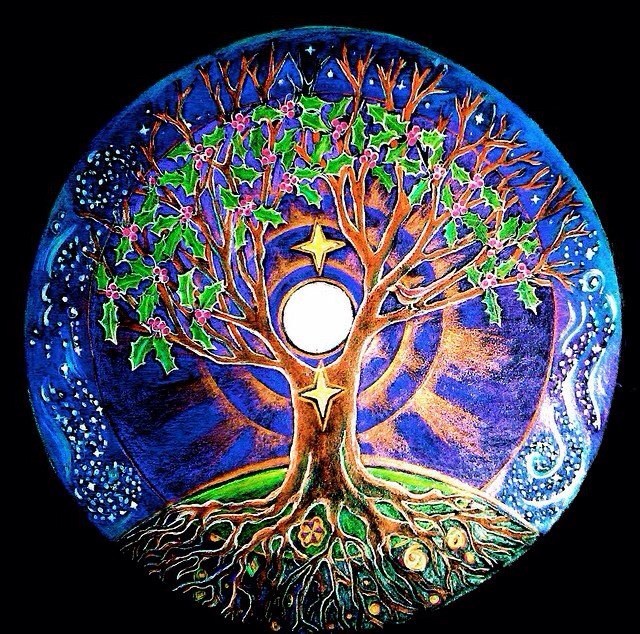 This channel is actually one of the most informative of any that I have done with the ULB’s!! First of all, it took place on the Solstice.  This was one year from the time of the completion of earth’s ascension into the higher frequency.  This may seem minor, or not something that people understand; however, it was very significant.  This was the Earth and its relationship with the Universe creating a completion of an eon’s long cycle and opening to a new beginning.

06:35 Brysentia speaks at first about four times of the years the Solstice & the Equinox.  These are times that separate the year and often have influxes of energies that assist the Earth with moving forward and stabilizing whatever may be happening. She stated that where we are now, was intended to happen in the year 2000.  As you know, it has not happened until now. The people of the deep state and the draconian were the ones who kept trying to hold us back. This is why 9/11 took place in 2001, it was a means of increasing fear and control.  She then spoke at length about the people on Earth that have been controlling and manipulating the rest.

She also speaks about the importance of people learning to stay within their hearts or listening to their soul’s support.  Brysentia then created an opportunity to feel the difference between where you were and where the world was a year ago.  She could see how some still said, ‘nothing has changed, I haven’t gotten what I should have’ which creates the sense that they are in the same place.  However, when you look or feel from the higher perspective, it is very clear to see the difference.  Humanity is now able to discern the higher dimensions. Someone spoke of Trump as waiting to come back until he could take credit for all that is happening. Brysentia spoke about how this is something in the works for longer than he was alive. She then spoke about precious metals and their impact on the future.

The Quantum financial system is linked with the new Satellite system associated with quantum computers.  This is taking the financial system back to a basis of precious metals such as gold, silver, and platinum.  This has been set up and integrated during the past nine months.  It will move into its final phase of integration over the next several months. This is changing everything!

45:44 Albayon speaks of Antarctica and how it has been used for the past 60-75 years.  This is about how the deep state has set up bases after WW II. When I have asked who is behind the Deep State, I never was able to get a real answer.  I kept thinking it was one person, then a group, then the 13 Venetian families; at the end of it all, I knew that was all wrong.  Albayon showed us how it was actually is a couple of energies from off-planet. That makes more sense!!  He said that Satan was never a fallen angel, that that was a cascade created by the religions.  He said that Satan could not tolerate the vibration of God, so he was never in that vicinity.  He continues to say that the deep state is over, they have been removed except the last few.  These are now removing the last of the black web from the Earth in exchange they may live and be transported to another planet, in another universe, with no ability to return to Earth ever. He also spoke about the light beings who were born into these families who helped to take them down from within.

This was interesting information.  Our soul is massive and has many, many lifetimes of experiences.  Albayon was saying that as for these deeply, deeply degenerate people, their soul is actually cutting off that aspect and sending it to a place of innert energy.  This is something that I have never seen.  Most Souls will heal and reintegrate whatever is going on, so this is an indication of a massive change.

Spoke of Corey Goode and his information.  Albayon said that he has a good heart, good intentions, but that he’s stuck in the negativity. So when he says this information is inaccurate, the answer is that he is not tapping into this reality.

Are the tribunals going on?  Yes, they are.  They are in the White House, Gitmo, off the coast of many countries.  He said there is Marshall Law in many counties. He said that Biden is already gone, that this is an actor, not him. He also spoke about how so many have been removed and many are illusions that are there temporarily until this is cleared out. At the end of the day, all will be revealed.

He said that so much of what we are seeing is the fall of the 3rd dimension.  All the fears that people have are unfounded because they will all be reversed. Another important question was someone stating that if they do spiritual work, they should not be paid.  This is a very old energy belief system and is not in alignment or balance with the higher frequency. There needs to be an energy exchange which can be money, bartering, or what is decided between the people involved.

1:36:50 Crystallia speaks.  She talks about what it is to be in the light energy. She speaks of how sometimes people have a hard time stepping outside of the box in which they are. Crystallia has never lived in an environment such as earth so she has enjoyed learning from us as she teaches us. She can see the crumbling energies that are breaking up as the energy moves off the Earth. She can see the beauty and potential. Reach towards beauty! reach towards joy! She speaks of the beauty that is perhaps not seen because your vibration is not in sync.

She also spoke about the effectiveness of energy work, the purple flame, and other means of transforming what is happening.  She spoke of the way that people can transform their energy through singing, playing, music, artwork, dance; whatever resonates with you.